The Appeal of Mother of the World 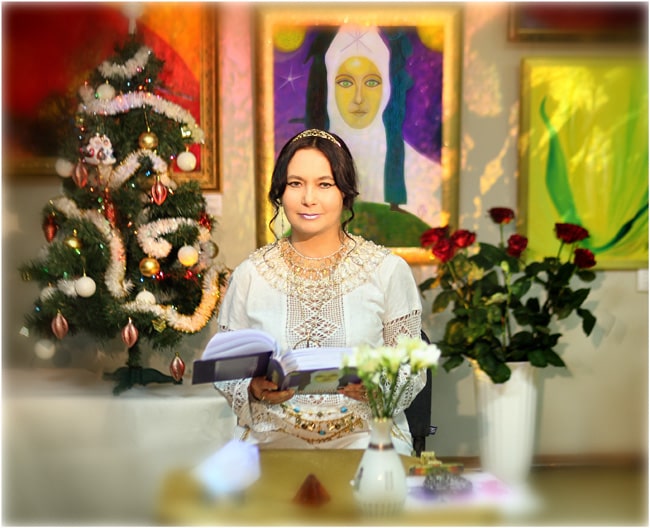 I CongRAtulate you on the New Sun! It new Birth! New World! New vibRAtion of Era Light of Mother of the World Opens for each individual soul extraordinary ability and a great opportunity to enter Eternity and Immortality! Gave Thanks the Absolute Unified Sofia for Joy of understanding earthly life in all its forms! Smile at the Sun! Welcome the Sun with high arms raised to the Sky and exclamation «URA»! Thank your mothers for this earthly life given to you! Teach your children that. Let each new day opens up for you Gifts Divine Wisdom, fills you with harmony and integrity! Open into yourself the second half, the second «I», and will come love it! Let your mind filled Absolute VibRAtion of the Great Mother! Gilded yourself from within by Word of Prayer of Light! Let it come into your life and fill you with Light (Fohat), Darkness Resistance whose time has ended. Let it come into your life and fill you with Light (Fohat), defend Darkness whose time has ended. Only the residual energy of the old time is crawling delusions and fears upon the earth, ready in response to a cruel and sarcastic mask of darkness to make a flight to Infinity! Little time remains at the secret world government on implementation of the aggressive and artful plans on destruction of the terrestrial world and mankind! Their plans were Wrecked by Sophia! Because Light of United Russia-Surya and Its New Birth already Shines the New Dawn of Sirius! Soon LIGHT of the Great Mother Light up all worlds and spaces! And Great GLORY SOFIA will Open new Horizons of God Creation! Sixth RAce prepares for the Phenomenon on the New Earth under the New Sun and the New Stars, under the Crown of «Woman Clothed with the Sun»! 144,000 thousand days, multiplied by the 13-baktun — over! The New Turn of time Begins! New Era! URA! Let to Be Light! GLORY SOPHIA-CHRISTOS Coming on Earth and in Heaven! URA! AUM RA!